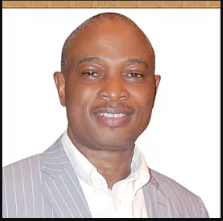 Friday was born August 12, 1956 to Mr Bello Idanoshi and Madam Abietu Ileobheme Idawor in Atte, Akoko-Edo LGA, Edo State. He first gave his life to Christ in 1973 at the Auchi Baptist church and was called by God in a dramatic visitation in 1979 when Jesus Christ appeared to him and healed him of a ten-year illness.

The church was established in 1992. A graduate of All Nations For Christ Bible Institute, Benin City, Edo State, Nigeria.

Idawor has served in several capacities to mention but a few.

*He served as president of the Goodnews Christian Fellowship, Okene, Kwara State between 1980/85.

*He was guest lecturer at the Ever Increasing Word Ministries Bible School Ilorin, Kwara State in the eighties.

*He was the President of Okene/Okehi (LGA) Joint Christian Fellowship in Kwara now Kogi State.

*Under (CAN) Christian Association of Nigeria, Ikorodu, he served as Vice Chairman (CAN) Ebute Zone Ikorodu, Lagos State in 1994 and as General Secretary Ikorodu Central Zone between 1997/2000 and appointed a Patron (CAN) Ikorodu in 2002.

*Under (PFN) Pentecostal Fellowship of Nigeria, Friday Idawor is one of the founders/pioneering member of PFN in Ikorodu LGA and served as the first Public Relation Officer (PRO) Ikorodu Zone, Lagos between 1997/2000.

*The time Lagos State Chapter was broken into Five Regions.

*He continued as a member of the Central Working Committee of PFN Lagos State when his tenure as State Treasurer ended as he was appointed the Lagos State Secretary, in 2010 a position he held till June, 2014.

*As Lagos State Secretary, Idawor was automatically appointed to serve as pioneer Secretary for CPFN/PFN bloc of Lagos State CAN between October 2013 and June 2014. *He is the current Assistant Secretary Pentecostal Fellowship of Nigeria (PFN) South Western Zone of Nigeria.

He has a heart for evangelism and missions. He has traveled extensively doing kingdom work across West Africa, Israel, Europe and USA. He has authored several books. He is an Honorary Citizen and Goodwill Ambassador for the State of Georgia, USA.

Apostle Idawor is married to Grace his wife. They are blessed with two biological lovely daughters, Victory and Glory including one surrogate daughter Suzan. They are also blessed with grandchildren.